The Shakespeare Festival presents world-class performing art. Every year the castle buzzes with an international ambience, when guest companies, audiences and artists from all over the world assemble in the purpose-built theatre which sits over the moat of the castle, making performances highly atmospheric.

The Shakespeare Festival at Hamlet’s Castle Kronborg claims the longest- standing continuous Shakespeare performance tradition in the world, dating back to 1816, when Hamlet was performed at the Castle for the very first time, in its characteristic square turret. It is a unique Shakespeare tradition, which now also offers Shakespeare Open Air Cinema and Shakespeare in Concert, along with workshops, lectures and master classes and performances of all of Shakespeare’s plays by exciting international companies and artists as part of the Festival. But the theatrical tradition of Kronborg Castle dates back even further to the late 16th century when King Frederik II of Denmark often hosted entertainments by travelling players in the ballroom. These actors included William Kempe, Thomas Pope and George Bryan (1586/87), who, together with the man who was to become the most famous actor and playwright in the world William Shakespeare, later founded the theatre company known as the Lord Chamberlain’s Men. This theatrical-historical coincidence was subsequently to win the harbour town of Elsinore a place on the world map, when Shakespeare, in his pioneering renaissance drama, expanded upon Saxo Grammaticus’s story of Prince Hamlet, who is exhorted by the ghost of his father to perpetrate an honour killing on his fratricidal uncle. Shakespeare chose Kronborg Castle in Elsinore as the setting for Hamlet’s humanist fight for freedom and his break with the medieval principle of vendetta in the phrase: “To be or not to be. That is the question”. 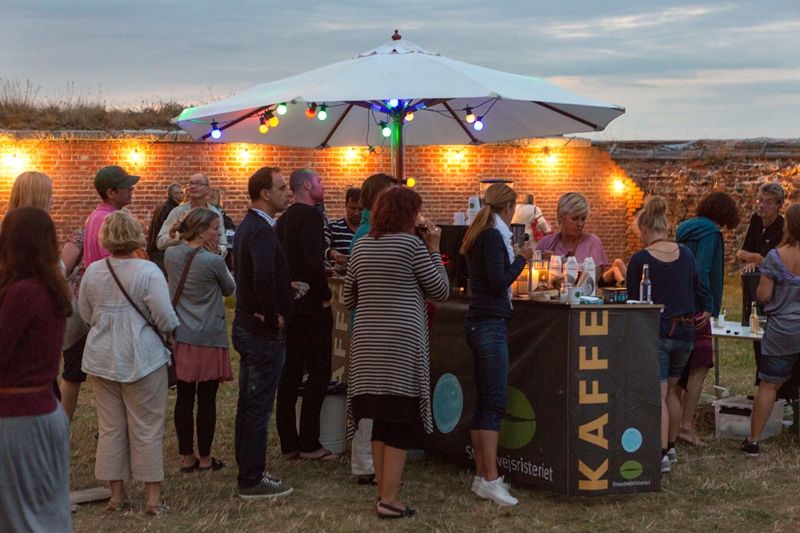 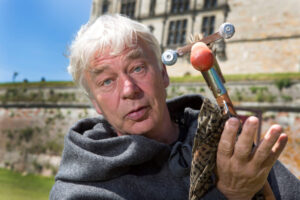 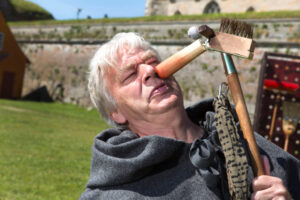 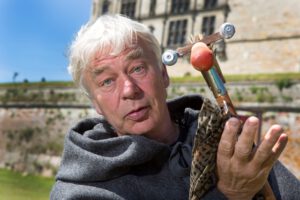 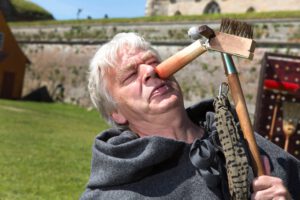 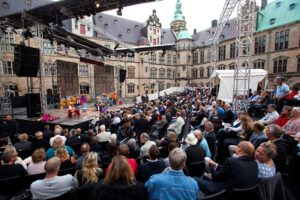 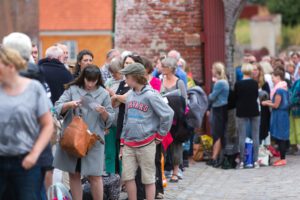