„The Festival was born, grew up, but it didn’t get large. It is small and it remains so. Shakespeare is great, maybe the greatest. We have to look at him with respect. And so we do. But for the Catalan culture, and for all the ones who love him, Shakespeare has become a familiar character, one of us; because we feel him close, and we want him to be one of our own who is close to us. The Festival is neither big nor spectacular; it is a small thing that makes us fight. Is it reasonable to fight for something small?

It seems so, because we are here again, we are still here. And we sweat and cry and laugh, and we get angry and excited. And then we know that we are big. And we are big because despite all the difficulties and obstacles, from our perseverance, effort and imagination, we raise each year our little tribute to one of the greatest. Last year the Festival was made possible thanks to all the people that took part in it and we moved forward because of the strength that we received from friends and media. Through the hands of La Perla 29, directed by Oriol Broggi, the Festival arrived in Barcelona and was a reality in the city’s cultural scene. This year we present the XI edition. Thanks. Openings, readings, lectures, talks, party… We like to think of the Festival as an exhibition and output space. A program where those new and emerging scenes find their place. A stage for this artistic beat that exists and that not always finds a reality to express itself. Always around Shakespeare, for sure, but always open to new interpretations, reinterpretations and revisions of the classics.
We are part of the European Shakespeare Festivals Network. We also like to think that we open a window to Europe through which to show and offer the things, the small things, and the big ones, that we do in our country, our small country.
Finally, we want to thank the Town Council, the Generalitat, the Ramon Llull Institute, the Theatre Institute, the Danish Institute and all our sponsors: El Periódico, Catalunya Radio, Vins i caves Gramona and Moritz, as well as all the people who have made this, small and big Festival”. 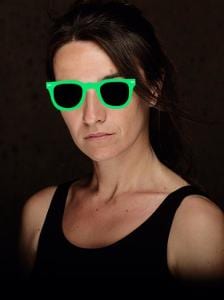 For program of Shakespeare Festival in Barcelona click HERE