The members of the European Shakespeare Festival Network were delighted to be invited to visit the Chicago Shakespeare Theatre in February 2012. Many of the members had previously made independent contact and discussed their work and possible exchanges, but this large scale meeting was the first step in what everyone hopes will be a long lasting and rewarding relationship.

Founded by Barbara Gaines, 25 years ago, Chicago Shakespeare Theatre is a leading international theatre, committed to presenting the works of Shakespeare to the widest possible range of audiences across the Chicago community, and to making work that challenges and celebrates. Barbara remains at the heart of the organisation alongside Executive Director Criss Henderson.

The members of European Shakespeare Festival Network were warmly welcomed and hosted throughout, and as well as Criss and Barbara, special thanks must go to Jill Fenstermaker who undertook all the arrangements. But everyone we met was welcoming and enthusiastic to share the delights of working in such a rewarding organisation.ESFN Chairman Jerzy Limon spoke about the work of the network at a lunch with City of Chicago Culture and Tourism Leaders, Press and Chicago Shakespeare Theatre Board Members and a number of consuls from member’s countries were also present. 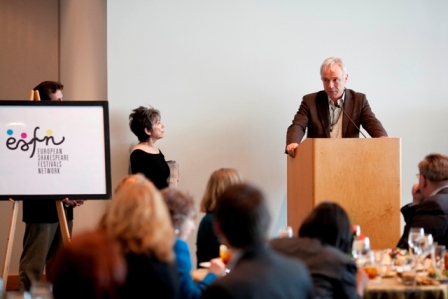 We had also opportunity to meet Tom Bird, festival director for the Globe to Globe event — which will run from April to June as part of the „cultural Olympiad” ahead of the London 2012 Olympics. Tom presented the festival’s program. Over six weeks, London’s Globe Theatre will present all 37 of the Bard’s plays in 37 languages, performed by companies from as many countries. 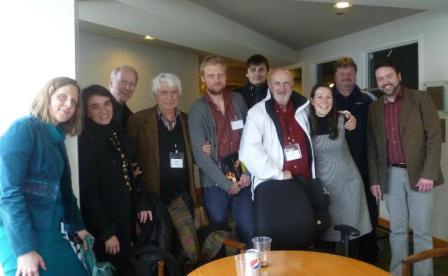 The schedule was packed – in the Upstairs theatre we saw a performance of The Feast: An Intimate Tempest which was a fascinating object and physical theatre chamber scale production. In the Main theatre we saw a beautiful production of Midsummer Night’s Dream and a lively young people’s version of Taming of the Shrew. And finally in a rehearsal room we were privileged to see a rehearsal of Othello the Remix – a fantastic Hip Hop version by The Q Brothers which you should not miss when it comes to the Neuss Shakespeare festival on July 6 and 7 and before that to The Globe in London.A highlight for many of us was the visit to the Newberry Library where Librarian Jill Gage and CST’s Scholar in residence Regina Buccola showed us some of the treasures that the Library holds. Each of us instinctively wanted to find their favourite lines in the first folio and quarto editions that were available to us to explore and there were some wonderful rarities and curiosities there as well. 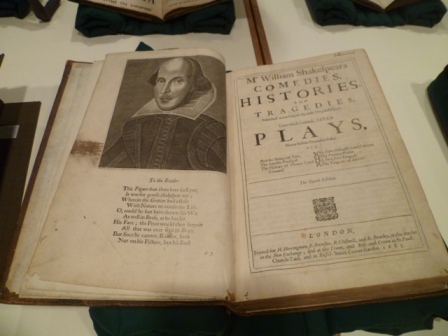 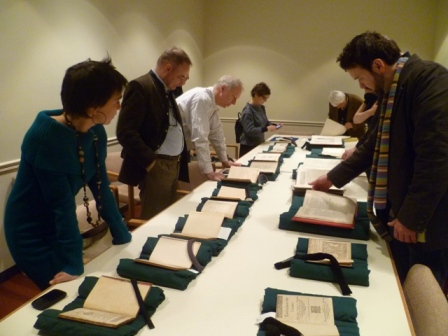 Those of us, who are interested in education, were pleased to be able to sit in on a session in the Bard Core programme, which is offered to teachers from the Greater Chicago area as a way of developing tools to tackle literacy problems through Shakespeare –particularly with difficult students.

All of us wish Chicago Shakespeare Theatre every thanks for making such a memorable trip possible – we look forward to seeing you at our festivals and events very soon. 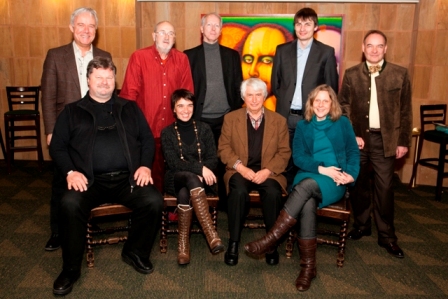