In September 2014, ESFN members met in Barcelona during the IX th Festival Shakespeare at the invitation of Montse Vellvechi who is the director of the Festival. Members came from across Europe and took advantage of the opportunity to meet together to share discussions about past events and exchange experiences from recent festivals. Members also discussed  ideas for next year’s programmes of Shakespeare festivals and other artistic projects, and presented their planned programmes for 2016.

We were able to see most of the festival performances in a very exciting and diverse programme, which included  Timo D’Athenes, Henry V,  Desdemona – a play about a handkerchief by Paula Vogel and based on Othello, and Up all night, based on „A Midsummer’s Night Dream”. the festival also featured a new production of Twelfth Night, and a range of readings of Catalan plays derived from Shakespeare themes.

We kept our fingers crossed for the premiere of Prince H.Universe performed by Catalan actor Alex Sanz. The performance was directed by Lars Romann Engel – director of the Shakespeare Festival at Hamlet’s Castle in Elsinore, where Alex spent few weeks of intense stage rehearsal. The Polish Prince H. came to Barcelona to add his support too! International versions of the play are being produced through collaboration between Network members.

We send our special thanks for the invitation and wonderful hospitality to Montse, Sandra and David and to all their colleagues in the theatres we visited . Memories of sunny Barcelona will keep us warm during the whole winter season. Hope to see you soon ! 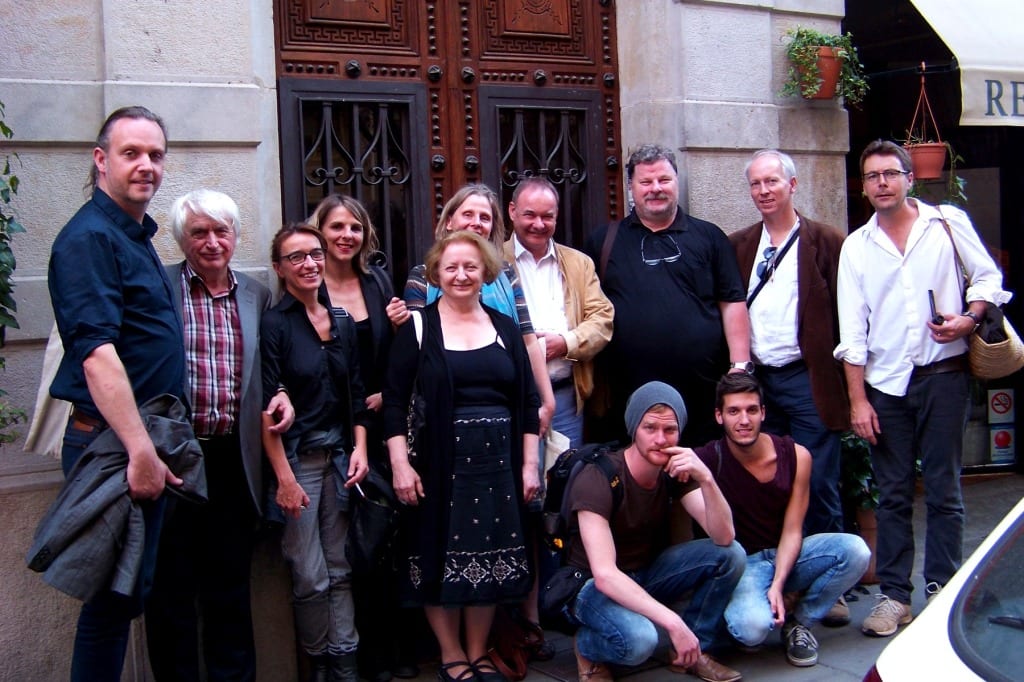